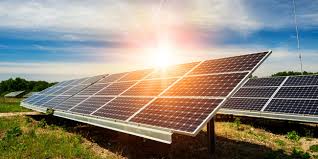 Solar Energy Industries Association went ahead to release the investment revenue generated by solar energy in 2018, which totaled to $17 billion for the United States economy.

So what has made this source of energy escalate so fast? Well, there are many benefits to having solar power. Here are some of them.

Most governments across the globe are trying to avoid any source of energy that pollutes the environment. That is why solar energy is one of the recommended energy sources. Solar power happens to be one of the cleanest energy sources that reduce the use of coal, natural gas, or oil.

Pollution regulatory bodies around the globe are discouraging the use of fossil fuels that are known for releasing harmful substances to the water, soil, and air. These toxic substances are responsible for global warming.

On the contrary, solar power offers energy that causes no pollution to our environment or the ozone layer. That’s why solar energy is referred to as the future power investment of the planet.

This could be one of the primary reasons why many residents of the United States and other parts of the globe are switching to solar power. The monthly utility bills are escalating rather fast, especially when there is a shortage of water, fossils, or other sources of energy.

Nevertheless, you can reduce your bill to zero with solar energy. Depending on the size of the solar panel you have installed, you may notice that you have more power than your home needs.

Besides, the only cost you will need to incur is only the installation costs and buying solar batteries, which have become inexpensive. That is cheaper compared to the monthly bills you pay.

As long as you are in part of the world that receives sunshine, you are eligible to use solar energy in your home. Solar energy can be deployed anywhere.

Most aid organizations across the globe are now deploying solar power to those remote areas where electricity has not reached. Besides, this energy powers spacecraft, boats, and even ships. The lives of millions of people have improved.

4. No Loss of Energy during Distribution

As electricity is being distributed using long cables, there is a loss in energy. Studies have shown that around 3-5% of power is lost during distribution. The longer the distance between the source and endpoints (supply points), the higher the amount of energy is lost.

Since the solar panels are on your roof, it reduces the distance significantly, it leads to no loss of power. This close proximity increases the efficiency of solar energy.

Many regions around the world that are powered by electricity have a problem with blackouts often. The power outage will no longer be a thing of concern. As long as the sun is shining, even amid clouds, you will have enough energy. Besides, there are batteries to store power.

6. You have control over your electricity

Now you can control your power and decide when to switch them off without blackouts. Many residential homes have now gained energy independence by using solar energy.

With its affordable batteries, you are sure to have peace of mind during the day and night. Have the freedom to control your power.

There are two primary technologies of solar energy production: Photovoltaic (PV) and Solar-Thermal Power. The former is the most common technology used in most homes. The solar panels, which are also called modules, have silicon photovoltaic cells in them.

These cells convert sunlight rays into electricity. They contain both positive and negative film which is under the glass. As the photons in the sunlight hit the photovoltaic cells, they come into contact with the electrons in the silicon.

The negatively-charged electrons are drawn to one side of the cell hence creating an electric voltage. This voltage can be harnessed and distributed. To increase the energy output, the solar panels are co-joined in series forming a solar photovoltaic array, and the wiring from individual panels gather fused array combiner.

In this combiner, some fuses protect the solar panels and the inverter. Since the electricity at this level is DC (Direct Current), it must be converted into AC (Alternating Current) using an inverter so that it can be used in your home.

The AC electricity, which is mostly at 120/240V, can be used to dry agricultural products, crops, and animal products. Solar drying, especially when done on fruits, improves their quality and sugar concentration. Some products can be sundried, including fish, milk, cashew nuts, maize, beans, and peas, among others.

You can obtain high temperatures in the solar furnace by concentrating radiation heat onto the specimen using various heliostats. Solar heaters are useful for studying substances that require high temperatures than the ones in laboratories.

Following the energy crises across the globe, solar cooking is being embraced because of its simplicity and efficiency. Although people are using kerosene, dung cakes, firewood, and cooking gas, they are deteriorating, leading to an increasing need for solar cooking. Besides, the vitamins and the entire natural taste of food is maintained.

Greenhouses use solar radiant power to grow the crops. The solar radiation that falls on the glazed greenhouse produces thermal emissions and boost the temperature inside. The air inside is also concentrated with CO2 and moisture; therefore, it facilitates the growth of plants.

Other applications of solar energy include distillation, solar pumping, and solar heating, among others.

Solar energy continues to remain a pillar of the energy sector, and the cheaper it becomes, the more people will continue to embrace it. The above are just a few benefits related to solar energy. The days of being trapped by one source of energy are gone, get your freedom with solar energy.